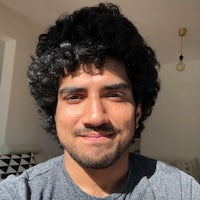 Dead code elimination is a process wherein code that is not used is excluded from the code that is executed. In many compile time languages this is a much easier process since a compiler can easily determine the code that is used. However in javascript, this can be quite tricky since this clarity is not present.

There are several forms of dead code in javascript

In the early days of javascript this used to be a real problem since unused source files had to be manually cleaned up. But with modern bundlers this becomes a really easy process. If a file is not imported anywhere then it is automatically excluded from the resulting bundle. There are also some plugins like this one which also help us to remove these from the codebase.

In a real world app we have several environment specific code. These can be production, staging and development, mobile vs desktop or even domain specific logic. So when we build an app for production, we don't want to serve code to the user which is only used during development.

We can do this by using define-plugin in webpack or plugin-replace in rollup.

(webpack 4 does this automatically. this is just for showing what happens under the hood)

Given NODE_ENV=production, it converts it to the following

Then the minifier removes the unreachable code, reducing it down to the following,

This only works if you don't reassign the variable defined in the bundler config. In this case process.env.NODE_ENV.

So if we change the code like the following

Then the bundler will not be able to eliminate the dead code because it cannot know for sure the correct value of IS_PROD inside the if statement. Since the value could have changed after assignment of the variable and the if statement.

If you do want to use IS_PROD as a variable and have dead code elimination available then you can declare it in the plugin config like this:

There are 2 kinds of unused code that can be part of the same file.

This is the most difficult type of code to dead code eliminate because Javascript is not a compiled language. However modern bundlers are finding smart ways to do it. They use a technique called as tree shaking where they rely on static structure of ES Modules to achieve it.

In modern web development, we use various libraries to get the job done. The problem however is that we don't need all the code that the library ships.

Then in the final resulting bundle only the subtract function is included. Add is excluded.

We can also combine this with Environment specific code which was highlighted in the previous section.

This is possible because ES modules are static in nature as opposed to commonjs modules which due to their dynamic nature makes it impossible for the bundler to determine which modules to tree shake.

This is the main reason why lodash which was based on commonjs modules created a new package lodash-es which is based on ES modules. This means that if we use only 1 function from lodash-es only that function will be bundled into our main bundle.

In the above example only the reverse function will be bundled into the code.

There is a caveat to tree shaking and that is side effects. Side effects in terms of tree shaking is any code that changes global state or environment in some way. Examples can be polyfills and code in which css files are added.

In the above file, fetch is being added to window object but its not being exported or imported from anywhere. Hence the bundler cannot know that this is used. For these files where side effects are present, we need to explicitly specify them in package.json

It is then bundled in the application like this:

Before using any open source library in your package, you can go to bundlephobia to verify if the package you are using is side effect free and tree shakeable.

This is a very insightful article Deepak Pai. Thanks for sharing. 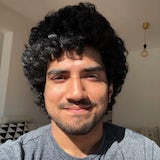 Thank you for your appreciation 😄